Enrich your stay at Hua Quan Village with an outdoor excursion and walking tour of sacred Taoist sites. For nature lovers, Longhu Mountain is a true paradise filled with lush forests, cool mountain rivers, pools, and waterfalls. Safely enjoy the rich history of ancient China through historic towns and temples. Be sure to bring your camera to this picturesque mountain village.

Hua Quan Village is located close to the sacred Longhu Mountain. It is part of the remarkable China Danxia landforms, preserved as a UNESCO World Natural Heritage Site and recognized as a 5A Level Tourist Area. The mountain range is known for its steep red sandstone cliffs. Taoists believe that thousands of years ago during the Eastern Han Dynasty, Zhang Daoling, a Taoist Celestial Master came to the mountains to create the elixir of immortality.

Longhu Mountain is credited as the birthplace of Taoism. Among the mountains are ancient sites—cliff burials, Taoist temples, and beautiful scenic areas to relax and unwind.

Enjoy the peaceful Luxi River on a traditional bamboo raft. Pass through stunning scenery and more than 100 mountain peaks over a 3.5 kilometer stretch of river. You’ll discover rock formations that resemble dragons, tigers, and turtles and see ancient cliff burials. 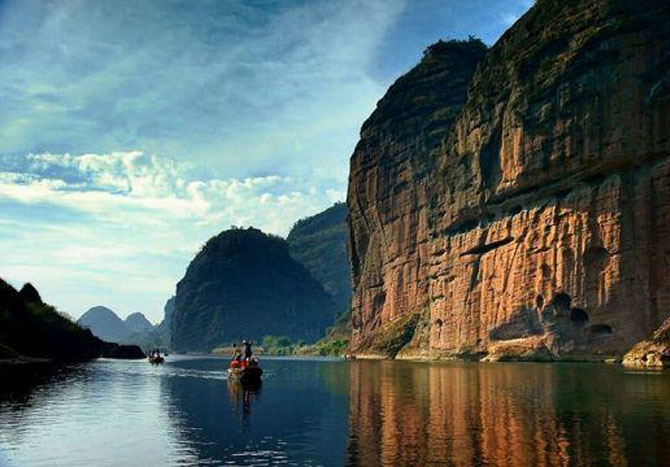 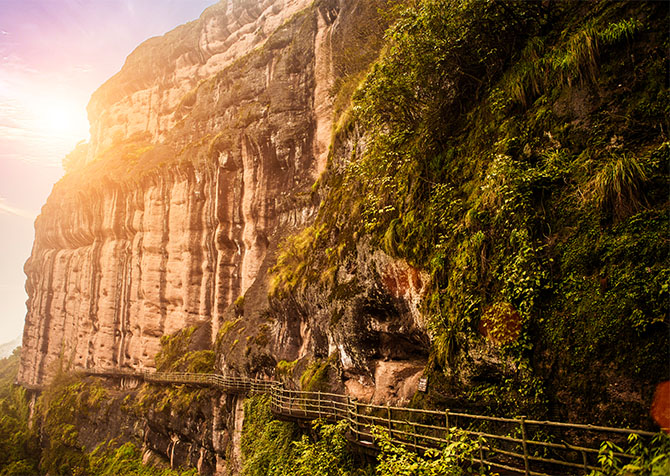 Embark on an adventure!

This high-altitude, a 3-kilometer path winds up and around the Danxia landforms offering stunning views to visitors. Hiking along the dramatic cliffs of Longhu Mountain is the best way to explore on foot.

Back to the past

There are nearly 200 coffins dating back 2,600 years lodged into the cliff faces of Longhu Mountain. The tombs are an archeological museum and thus have attained worldwide fame. No one has been able to determine exactly how these coffins were placed into the mountain faces. However, the park provides a live show exploring different possibilities. 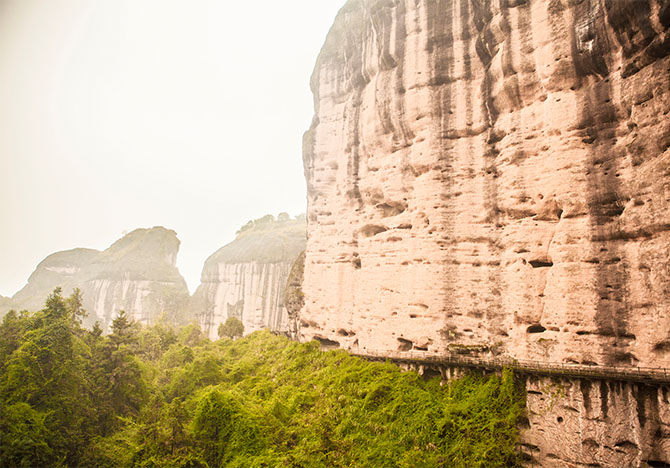 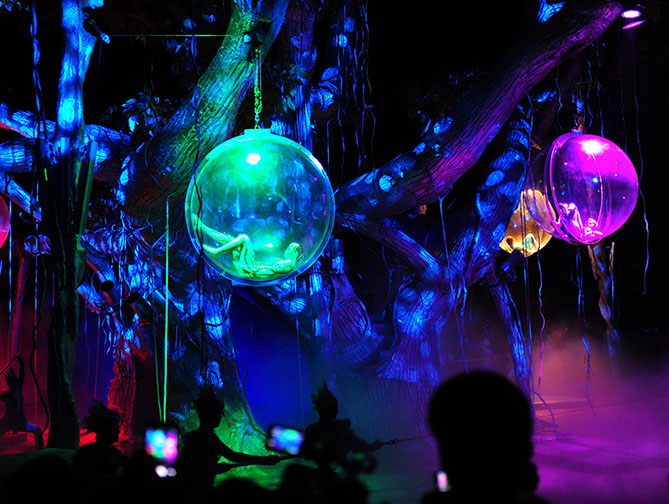 Embark on an adventure!

China’s first dynamic large-scale landscape performance is not to be missed. Hosted by the famous Yang Lan and directed by the well-known Chen Wei, the stunning 3D light show uses the mountains as a backdrop, the Luxi River for a stage, and the cliff face as a screen! It takes place on a fairytale-like set that the audience is invited to walk through and interact with. The 90 minute production involves more than 300 performers. Taoist culture and folklore are skillfully integrated into the show. 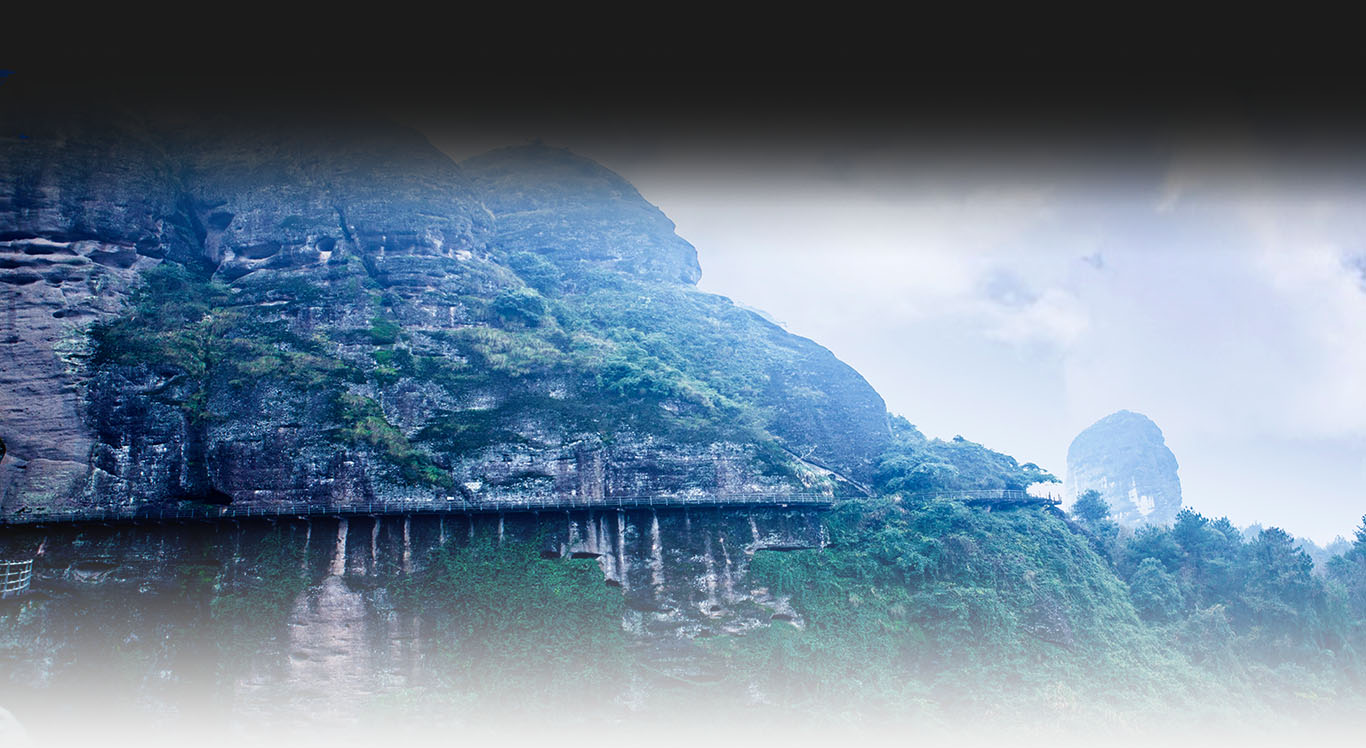 The ancient town of Shangqing was built upon the water in the heart of the mountains.
The town is rooted in Taoist culture and contains many historical sites with unique architecture. The main street is 2 kilometers long and lined with various significant historical buildings to visit.

After several generations of renovations and expansions, Shangqing Palace is now one of the largest Taoist temples in China. Originally constructed during the Eastern Han Dynasty, legend tells us that this is the magical place where Taoist Celestial Master Zhang Daoling made pills of immortality and where the gods received their official ranks. The structure shows the unique style and architecture of Taoist temples, which is especially apparent in the roofs and doors of the buildings. 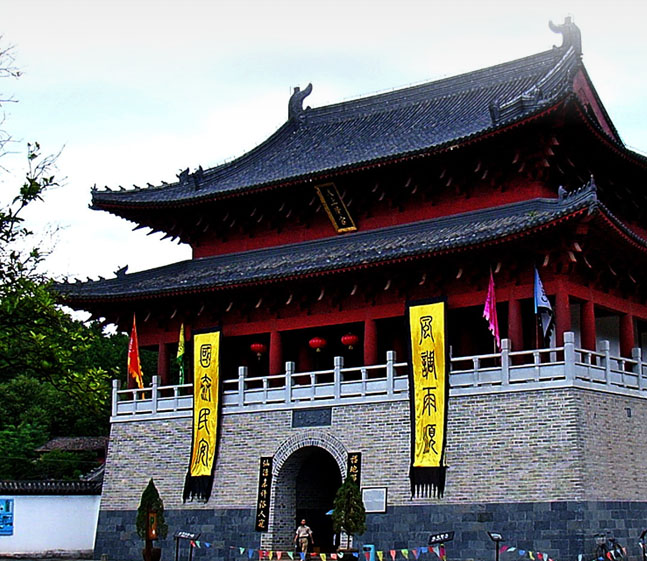 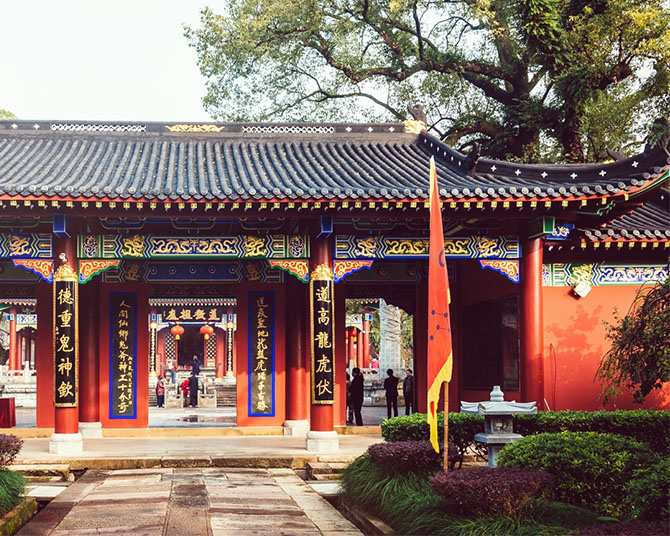 During the Eastern Han Dynasty, Taoist Celestial Master, Zhang Daoling led his disciples into the Yunjin Mountain (now "Longhu Mountain") and to begin building an ancestral home. Scholars from all over the world would come to visit this site. The current "Zhengyiguan" was reconstructed in the original site according to the Song Dynasty architectural style. It is a symbol of the Taoist ancestral court. 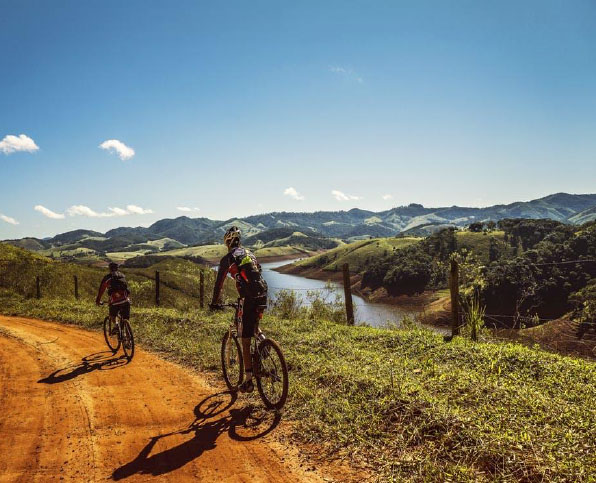 Hua Quan Village has designed a series of bicycle and jogging routes that stretch over 14 kilometers to Longhu Mountain and the neighboring villages. 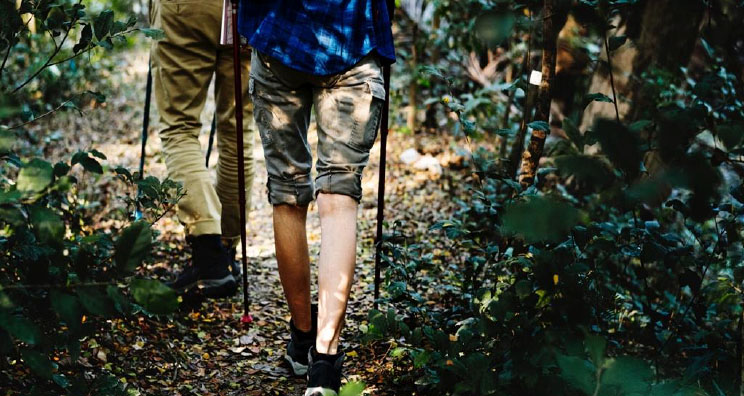 There are numerous hiking paths located around Hua Quan Village. Huaquan Houshan provides a stunning panoramic view of the village and its surroundings.

This site is registered on wpml.org as a development site.