An innovative idea; a beautiful inspiration, “The Miracle” comprises of the creative artwork of muralists from around the world to form 100 murals along the walls of Hua Quan Village. Artists were asked to depict what a miracle means to them. Find a mural that resonates with your idea of one of life’s miracles, taking time to appreciate and value even the smallest things in life.

Take a moment to listen to your heart’s call. At Hua Quan Village we believe that this single moment of resonance will have a deep and long-lasting impact. When we experience this total transformation of the heart, then we can come together as family and friends to make this world a better place.

Observe the journey of an idea to a work of art 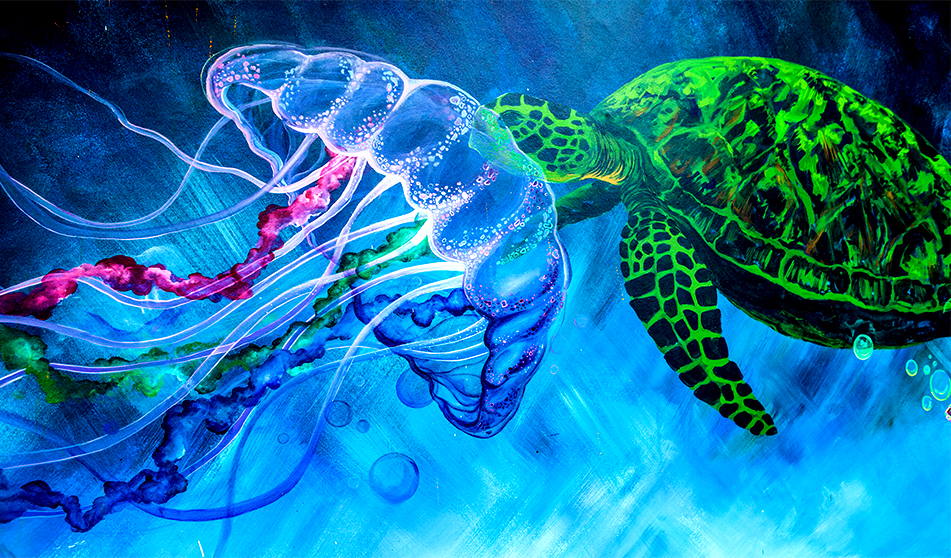 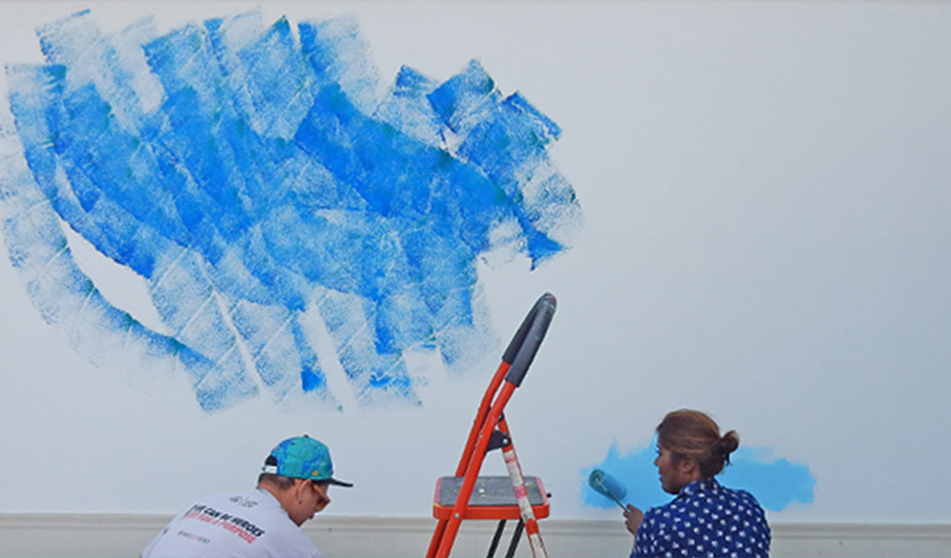 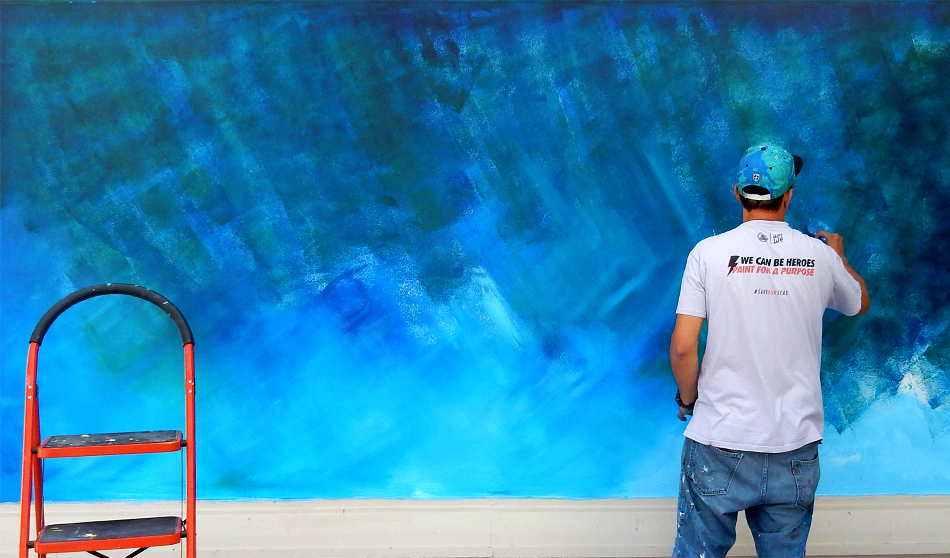 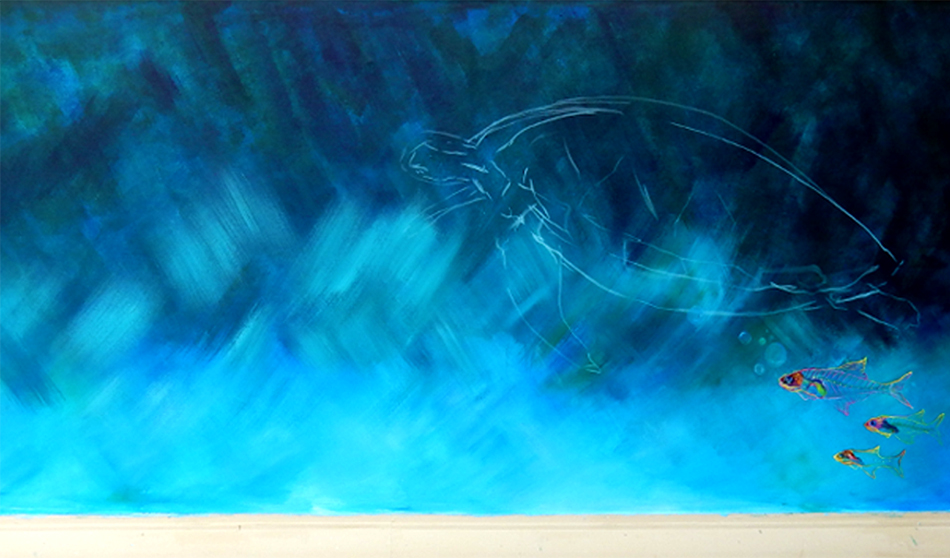 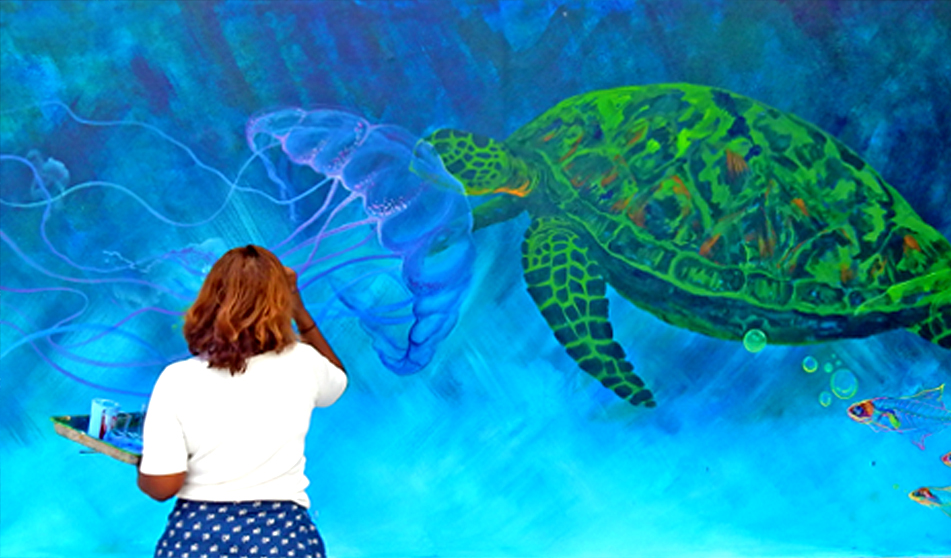 Discover the masterpieces of artists from around the world

Moriviví is a unique and empowered female artist collective whose members gained their first big public art experience through participating at the Santurce Es Ley street art festival in 2013. Based in Puerto Rico, Moriviví has gained recognition for the creation of murals, where the team has developed the subject of human condition directed to sensibilize spectators. Moriviví currently includes Joy Díaz Marty, Sharon Nichole, and Raysa Raquel Rodríguez García as its members. Moriviví Collective is a model of artistic production focused on bringing the voice of its context into the public forum.

Muralism is understandable and powerful for the general spectator.  Portraying ideas in collectiveness and collaboration with others is a challenge and that is what validates painting as a process.  By promoting teamwork as a way to produce things of value in society Moriviví is set upon elevating it in order to achieve social justice.  It is a model that the team intend to replicate on different scales, with each community it touches, in order to create an effect in society’s general model.

“Moriviví is the most commonly used name in Puerto Rico for the wild weed, sensitive to touch, scientifically named mimosa pudica. We understand that in English it is sometimes called a touch-me-not. It closes its leaves when touched, its stems possess thorns, and it blooms a puffy pinkish-purple flower. When we chose the name it was quite spontaneous and we simply loved it. But when we met ourselves and our own way of working further, it truly identified us. Moriviví is literally translated as ‘I Died, I Lived,’ a duality that has generally been depicted in our work and is an essence of human condition.

Besides that, being named after a wild weed -that according to Taíno mythology is the re-incarnation of a woman named Cohaí- also stands for our close attention to nature, which is constantly present in our work. We depict nature in an effort to comment on the impact of our imposition upon it and our collective inclination as human kind towards its manipulation. Bringing that point a little bit further, is relevant to say that we’ve always identified with femininity, even as a quality, and that the nature of femininity—nurturance– can ‘rescue’ this world. We could say there is a lot of eco-feminism cooking in our artistic discourse.”

WD (Wild Draw­ing) was born and raised in Bali, Indone­sia, and has degrees in both Fine Arts and Applied Arts. He started off as an urban artist in 2000 and since then has spent most of his time working on street art. His work can be found in Asia, Europe and Amer­ica. Currently based in Greece, WD is one of the most talented artists of the contemporary art scene there and is widely known for his photo-realistic murals that often address current economic, political and social issues in local and global terms.

Never afraid to speak his mind and express his own opinions, he is passionate about creating bold and thought-provoking pieces that raise awareness about some of the major problems that our world is facing today. Among socially charged work, he also creates murals inspired by nature, comics, graphic novels and Disney characters.

Tania Rapoport was born in Buenos Aires in July 1974. She grew up traveling through Europe, the Middle East and South America, absorbing different cultures. Tania studied Graphic and Industrial Design at the Catholic University of Rio, Brazil. Following her return to Argentina, she studied Graphic Design at the University of Buenos Aires. She has worked for more than a decade as an Art Director, specializing in Design and Web Technology. She has her own studio and has been working independently as well as for several firms located around the world. She is a lecturer at the Faculty of Design and Communication at the University of Palermo as well as several other colleges in Buenos Aires. She develops her own art workshops as a painter and art creator. In 1996, she started to study painting at the National School of Arts and studied with several plastic artists.

Tania has exhibited her art at museums, international art fairs, and several art galleries. She develops her art as a painter, professional illustrator, and muralist. Her artworks express a unity between Informalism and Expressionism. Her work is inspired from reflections, deep and ephemeral emotions, life events, occult dreams, and conscious states. Tania feels art is like an instrument that heals the soul from our life experiences and ancestral lineage.  Art transmutes in beauty and brings profound collective consciousness and infinite love. It awakens the truth of our life purpose. This is what Tania expresses with her mural “Holy Wings” as part of The Miracle Project. Authentic freedom is in our hands, stemming deep from within. The essence is luminous and ethereal, and it elevates us whenever we are lost or stuck. If we surrender ourselves to the Universe, we will receive truth and guidance from it.

We would like to thank our friends Dr. Karl Schutz, Founder of the Global Mural Association (GMA), and talented artist Steffen Juenemann for their tremendous help and support in making this project possible.

This site is registered on wpml.org as a development site.